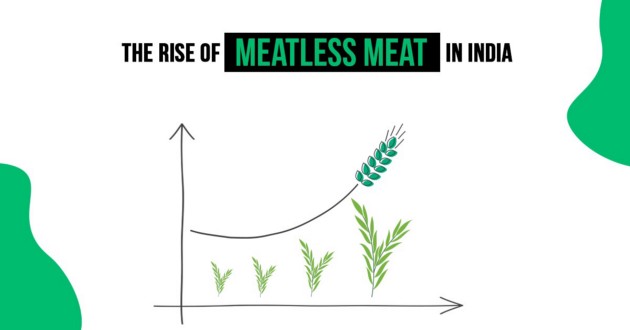 It’s no secret that the plant-based meat industry has taken off this year. Beyond Meat had the world’s most successful IPO in the first-half of 2019 (and not only for food companies — for all companies!). Major players such as Tyson and Nestlé launched their own burger patties made entirely from plants.

Food-chains such as Burger King, KFC, and McDonalds have also added plant-based burgers to their menus. It feels like you can’t walk down the street or switch on the TV without hearing about the coming “future of meat”.

From our viewpoint, it’s incredibly exciting to see this change. And we think that meatless meat can serve as an alternative for a huge number of consumers. We think it’s unlikely that everyone, or even most people, will voluntarily become entirely vegetarian or plant-based (or at least not in time). For people who want to continue to eat some
animal meat, eating plant-based meat is a way to do so without harming animals or having a large carbon impact.

And indeed, concerns for the environment are part of the reason consumers are shifting away from regular meat.

With a conscious change underway, India is certainly on the cusp of change with more and more people becoming curious towards plant- based products. According to a survey by the Good Food Institute, approximately 63% of Indians are expected to switch to plant-based meat on a daily basis.

However, the plant-based meat market in India is in its nascent phase and is only beginning to grow.

India is the second fastest growing processed meat market, contributing to 4.11% of India’s total GDP. Currently, the higher rate of consumption of meat in India is extremely high, while only 23%–37% of the Indian populace is egetarian. These drastic consumption habits can result in an unregulated rise in animal farming in India, which can result in a detrimental increase in greenhouse gas (GHG) emissions and can cause irreversible water scarcity. Already,
India’s agriculture and livestock industry account for 18% of the total national GHG emissions, rendering it the third-largest polluter after China and the USA. Considering the environmental impact along with the dire, unhygienic state of slaughterhouses and animal farms, the need for plant-based meat alternatives in India is pressing.

Many startup companies in India are expecting the plant meat market to flourish in the coming years in a significant way. Indian plant-based startups have products that cater to a wide range of customers.

Several companies have stepped up and started experimenting with plant-based meat products through food service and online retail in India. Some of these include Ahimsa Food’s Veggie Champ, Vezlay, BlueTribe Foods, GoodDot Enterprises, and Evolved Foods, etc. Increasingly, many other ingredient companies are exploring the possibility of affordable mock meat.

These include the ex-meat eaters who have parted ways with meat, meat-eaters who have turned vegan, fitness enthusiasts who want healthier alternatives, individuals who avoid eating meat on religious occasions, vegetarians who eat meat by choice, as well as vegetarians who are curious to experience what meat tastes like.

Using cutting-edge manufacturing techniques, the right ingredients, and raising awareness among the young and future generations about the health and environmental benefits of plant-based meat over animal

meat, Indian brands are ready to provide consumers with the means to lead healthy lives and contribute towards a sustainable future.

Additionally, the flavors, textures, mouth-feel and consumer experience will continue to become more sophisticated as ingredients, technologies and process innovation develops over the next 10 years. Consumers desire ‘meat-identical’, meat alternatives and the food industry is working hard to deliver top-notch options.

Food Technology is leading the way, be it bioengineering, biotech, synthetic biology, or genetic biology.

The currently available plant-based meat options are extremely affordable and at half the price of meat alternatives in USA. However, the cost remains higher than conventional meat, which is way cheaper.

The companies mentioned above mainly use soy protein in the form of soya chunks, textured vegetable proteins, legume protein, mushroom, gluten (seitan) and jackfruit to replicate the protein content and texture that meat offers.

An encouraging advancement is the slow but sure change in public perception towards both meat and plant-based meat. Over time, more people are seeing the benefits of plant-based meat over animal meat. For example, switching to plant-based meat, produced in a hygienic and cruelty-free environment, can help prevent animal-farming-related issues such as disease outbreaks.

The prospects of plant-based meats are exceedingly bright considering India’s humongous population. If large sections of the population do switch to a plant-based lifestyle, the impact on the lives of animals and the environment both would be massive. With the taste, texture and attraction towards meat already etched into the non-vegetarian population — plant-based meat companies will have to work towards bringing that similar experience to their products to really find a place in the market.

The rapid growth of the plant-based market is further proof consumers are concerned about these issues and willing to swap to emerging alternatives. A rising demand in plant-based meat can foster a greater change and help us create a greener, cleaner, and animal-friendly world.We’re incredibly excited to be part of this sector, and we can’t wait for
the whole of India to get their hands on our nutritious and delicious products.

Did you find apk for android? You can find new Free Android Games and apps.
Share this...